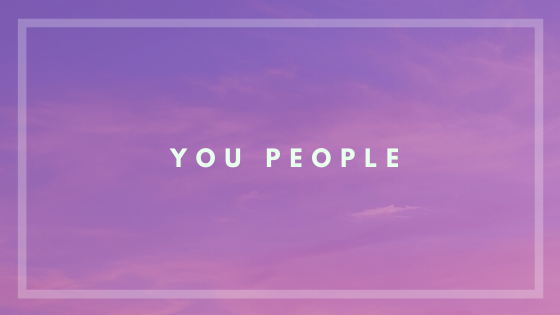 I loved hockey growing up as a kid. In the little kitchen behind the store where we lived on Pape Avenue, I would stickhandle the ball and pretend I was Wayne Gretzky. At the age of seven I discovered the world of ball hockey at Pape Recreation Center and took the bus or walked there twice a week to play my favourite sport. In winters I walked up the street to the outdoor rink at Withrow Park and would play shinny whenever I could.

One day, this older guy said to me: “hey kid, why don’t you join the hockey league” (I guess I was pretty good at shinny haha). I told my dad about what the man had said. The next day, my dad took me to Ted Reeve arena to sign me up for hockey. We didn’t know anything about organized hockey, so I just took the helmet, gloves, skates and stick that I had. The organizer saw that and took me to a storage room where he gave me a bunch of used equipment – shin pads, pants, socks, shoulder pads, elbow pads, etc. – and that’s how my (not so) illustrious hockey career began.

I loved it. It was far and away my favourite sport, with baseball a distant second. On Saturday nights, Hockey Night in Canada was part of my weekly ritual. As soon as the theme song played, I would get excited (only to get disappointed by yet another Leafs loss). I grew up watching Don Cherry rant and rave about Russians, Europeans, and whatever other soft folks drew his ire.

I loved the sport, but as I grew up, I wasn’t so sure at times if the sport loved me back. As I entered my teenage years playing more competitive hockey, I was often made quite aware of my difference. I was often the only non-white guy on my team, or on any of the teams in my league, for that matter. When things got heated, my race would be the first thing to come up. If they were trying to goad me into taking a penalty, racial epithets would be their tool of choice. And I always felt that old adage: “to make it, you have to be twice as good as the other guy”. Sometimes I was, more often I wasn’t. And not being better than others must have affected how I was treated by my coaches and others. What did I know. My dad sensed enough to yank me from my teams twice – once in the middle of a game!

It wasn’t all negative, though. I loved playing hockey. In university, playing intramural hockey bonded me with my faculty classmates in a way that only sport can. In my law firm days, bringing some game to the ice endeared me to the older partners. And I enjoyed playing at a decent level for some years in the newly created Korean hockey league (now I’m just old and slow).

My relationship with the game has had its ups and downs. I stand feeling quite ambivalent toward the game. Do I put my own kids through hockey? Can I even afford the time and money for it? Do I withhold the benefits I did gain from the game? I was already feeling ambivalence from the fact that the game is still quite monocultural, especially when compared with other major sports. And with the recent excitement of the Raptors, who would argue that basketball is a way cooler sport?

All of those thoughts have really been buried in the back of my mind as I’ve been quite occupied by many other things. But the Don Cherry rant that got him fired has reminded me of all those underlying thoughts about the game.

Beyond the game, though, it made me think more about the state of our society. If hockey is supposed to be the “Canadian” game, then who belongs? Am I one of the “you people” he references by dint of my background and skin colour? If I don’t wear a poppy, then am I one of them? Does it matter that I’ve grown up with the very game that gave him his clout?

Our society – and our world for that matter – has become so polarized in recent years. We’ve withdrawn into our tribal safe zones. You’re either “in” or “out”. If you’re not “with us”, you’re “against us”. And we’ve developed identity markers to establish who’s in and who’s out. In Don Cherry’s world, if you wear a poppy, then you respect the sacrifice of soldiers who have ensured our freedoms. If you don’t wear a poppy, then you are one of “those people” who have no regard nor respect for our soldiers. In other words, you are not one worthy to be included in the Canadian family.

Identity Markers as Sources of Division

“There is neither Jew nor Gentile, neither slave nor free, nor is there male and female, for you are all one in Christ Jesus.” (Galatians 3:28)

The thing about identity markers is this: they often begin and come from a beautiful place. The poppy was a beautiful symbol stemming from Flanders Fields, where the Canadian poet referenced red poppies growing over the graves of fallen soldiers. The poppy became of symbol of remembering with reverence those who had sacrificed their lives. When used from that place of remembrance, it’s a beautiful thing. But when used as an identity marker to demonstrate who respect soldiers and who doesn’t, it becomes a tool that can divide.

Circumcision was similar. It began from a beautiful place as a sign of God’s covenant with Abraham and all those who would descend from Abraham. But it became something that could divide people into those who were “in” the covenant and those who were not. Many Gentile converts felt pressured to take on these identity markers and to “behave” like Jews. St. Paul declares that in Christ, we are free to be ourselves and to be one without the use of such things that can divide.

“For he is our peace; in his flesh he has made both groups into one and has broken down the dividing wall, that is, the hostility between us.” (Ephesians 2:14)

Our Calling as Disciples of Christ

Our ministry as followers of Christ is to overcome the polarizing divisions bred by fear and anxiety. Instead, we are to overcome such fear with love.

I don’t know how my relationship with hockey will turn out. But I’m not mad at Don Cherry. I don’t want to add to the already polarized nature of discourse. I’m rather sad that his love for the game and country has been clouded by his fear and mistrust of those who have changed the face of the country he grew up with. I hope he makes enough close friends with recent immigrants to see their humanity, overcome fear of changes and rather see the beauty that has come with such changes.

I hope that we can indeed be different – as people who do not succumb to fear and anxiety. I pray that we can be confident and strong in the faith that the way of love and generosity is ultimately more powerful than fear, anxiety or even death. May God be our strength and wisdom!