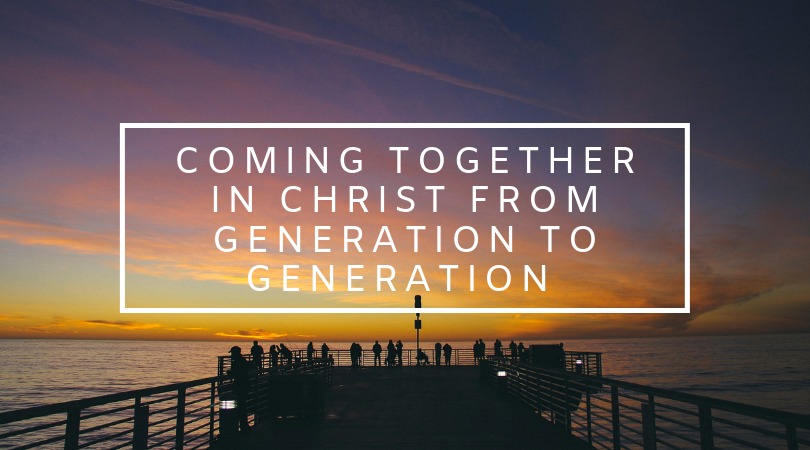 This blog post illustrates the role of the church for the first immigrants. Please read to the end to see Jocelyn’s personal reflection on the content of the post.

This is the seventh post in the “Stories of Faith” series. Stories of Faith is the theme of our 2019 ESM Summer Retreat, and this mini-series will be a lead-up to the retreat. Learn more about the retreat and register now!

What was the role of the church for these immigrants?

In 1948, Tae-yon Whang left his home in Korea, becoming the first Korean immigrant to settle in Canada. At the same time, the prevailing attitude in the West was one of Anglo-Conformity. If the immigrant could not conform to Western culture, they would be excluded. On the flipside, if the immigrant were to conform, they would be taking on the identity of the dominant culture, which includes changing their name, speaking English, and taking on the Christian Protestant lifestyle. On top of this, new immigrants, despite their high educational attainment in Korea, were forced to work jobs leaps and bounds below what they were actually qualified to do. Most did still held onto economic security, but more than that, psychological and physical problems were what put them in even trickier positions. Korean immigrants had to endure long and hard hours doing physical labour while experiencing discrimination on a daily basis, practically unable to defend themselves.

Home Away from Home

Because of this struggle, the first Korean churches were established in the 60’s by immigrant pastors yearning to create a safe space for their own community separate from Canadian churches that were too far off from what they knew to be home. For the first immigrants, when they came to Canada, nothing was what they knew. They came to start a new life and for opportunities that they couldn’t get in Korea, but the new land was not one to welcome them. Isolation and the immigrant life were so inextricably interwoven, that they were left no choice but to create a new place suited for them and their needs. This place quickly became the church. At the church they did not need to worry about any cultural or linguistic barrier, and it was a place for them to feel empowered once again in such an inhospitable culture. The isolation they experienced was also something that was relieved by the church. It gave them a community rooted in God where they were given a voice to speak and release all the pain of hardships they had endured.

Church also served as the centre of social gatherings where immigrants come together with the shared experience of being an isolated newcomer in such a foreign land. When they came, they left everything only to come to a place that did not accept them. It was only natural for them to not only establish their own space, but also to maintain it, holding on to as much of their culture and lifestyle as they could. This is shown through the differences between the relationship between Korean immigrant churches and their community versus that of their homeland churches in Korea. As for immigrant churches, they maintain the distinction of the space being Korean, rather than just simply another church. This was a decision made by the first immigrants that has transcended generations, with some current immigrant churches still being distinguished as Korean. Not only this, but the first immigrants also constructed the church into an environment that would be suitable for their children to be raised in as well. Their dedication and support for the church reflected this vision, and it changed the way immigrant churches do fellowship. The congregation was much more intimate and tight knit, which also has carried on to this day as a prominent culture within the church.

From a theological standpoint, being discriminated in such an unwelcoming society, a need to have a place to belong, and a removal from what you know as home all combine to create the theological problem of self-acceptance. Because of this, the churches have become a place that helps its members cope with any conflicts they may be having, internal or external. This dependence by immigrants on the church made the community one of great desperation and reliance, which sustained it for many years until the next generations took it upon themselves to carry on the legacy. The church became a visible community where brothers and sisters who believed in the same thing could unite and share a common goal and hope. In so many ways, the church became their salvation. They left everything they knew to be met by an unwelcoming society, and the only thing that kept most of them afloat was the knowledge that there was a community of people like them that they could depend on and go back to. God did bless them to have such a space, a place to feel at home again. In a time where they felt like they had nothing, God gave them something. The way they were able to say “Bless the Lord” has continued on through generations, and even my generation of young people are still reaping the rewards that the first generation gave us. We are all part of a community that we can consider home, and we will continue to carry on this legacy for more generations to come.

Overall, the way I think about my own personal faith is affected by studying previous generations, because I see the desperation and why they needed the church. Growing up, I assumed I just needed to go to church. I never questioned why I went, I just thought I had to. However, seeing older generations and how desperately they truly needed it made me realize that that is not the case for me. I don’t need the church, yet I continue to come. I think this stems from a genuine yearning to grow deeper in my faith that I maybe wasn’t aware of before. This is also something that I feel is ingrained in me that has transcended generations, beginning with the first immigrants.

This is the seventh post in the “Stories of Faith” series. Click here to see the others.
Stories of Faith is the theme of our 2019 ESM Summer Retreat, and this mini-series will be a lead-up to the retreat. Learn more about the retreat and register now!