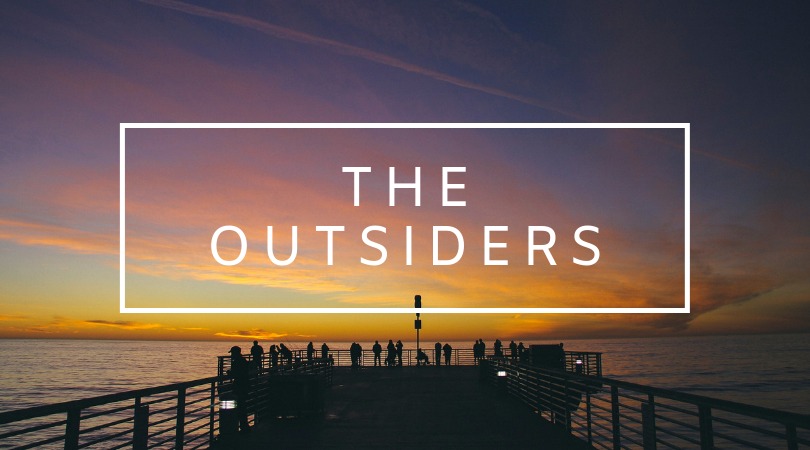 This blog post illustrates the isolation and the experiences that those of the second generation felt.

Although 2nd Generation Korean-Canadian immigrants had an easier time than their parents who endured most of the stress, hardships and adversity, there was still a lot that made it hard for them to acclimate themselves to a new country. What was the experience of the 2nd generation? Did they feel like outsiders? After years of experience with Canadian culture, do they still feel like outsiders? Will there ever be a time when they stop? Did faith play any part in the acculturation process?

We interviewed multiple 2nd generation Korean-Canadians who have shared their stories with us. Join us as we look through their perspectives, and how they went from feeling like an outsider to an established sense of security and identity.

Church was the only place where the 2nd generation didn’t feel distance from the people around them. Your friends’ parents also owned convenience stores and did manual labour, unlike your school friends whose parents were doctors and lawyers, and you didn’t have to face the infamous “chink” slur whose tone hurt more than the word itself. It was the only place where the 2nd generation immigrants didn’t feel like an outsider. At school, however, feeling like an outsider was inevitable. Many of them didn’t know English and couldn’t understand the teachers or the other kids, immediately building a barrier between them. In addition to the language barrier, there was the added awareness of their place in reference to other students. They worked all day at a convenience store and their peers would come in, making it seem like one is serving the other. This immediately told them where their place was, putting even more distance between them. On top of this, nobody at the time knew what Korea was, so most Koreans were automatically grouped together with other Asian kids. As you can imagine, this bred insecurity and shame, which can be carried on throughout a lifetime.

Most 2nd generation Koreans have moved up the social ladder, but their cultural ties with the 1st generation have weakened, and for many people, they are called “a spiritually neglected generation”. Unfortunately, they were raised in weak and struggling churches with little English-speaking pastors that they could understand. Arguably the biggest concern for the 2nd generation was their lack of stability. Because of the instability at church, many stopped going, and so the place that their parents had to truly feel at home was no longer an option for them. On the other hand, at school, most of their friends were of different backgrounds while their churches were mainly Korean. This created two completely different worlds and two different identities that they had to maintain in an already confusing time. Their faith was largely compartmentalized, and for some this worked, and even helped, but for many others, it brought about anger and confusion that they couldn’t deal with. Because of this instability, it’s almost inevitable to feel like an outsider, constantly wondering “where do I belong?”.

As you get older and become accustomed to the culture, the feeling of being an outsider does subside, but the shame and resentment gets carried on for years, making it more difficult to fully feel like a cultural “insider”. The feeling of “do we belong?” lessens as you start contributing economically and socially, and the experiences of learning the language and adopting the culture inform part of who the 2nd generation has become. That being said, many of the 2nd generation Koreans say that as you grow and learn more about yourself, the need to be an “insider” loses much of its importance.

The one question that’s left to ask is, with all this in mind, what does it mean for the 2nd generation to say, “Bless the Lord”? To answer this, we must remember that the circumstances they were in could’ve been one that made it hard for them to say, “Bless the Lord”. They were brought up in a time where their parents’ safe place to feel close to God was unstable, and many friends were leaving because of church splits. With this in mind, we can understand more why the 2nd generation was called “a neglected generation”. The concept of “Bless the Lord” may have been difficult for them to fully understand.

When I think about my faith, I think about it in the context of others and generations before me. How and why did my faith and church come to be? Learning more about the 2nd generation and the hardships they faced, particularly concerning the church, my faith is affected because I understand deeper what happens when the church isn’t what you can fall back on. That sense of anger and loneliness is something that I’ve never experienced in full effect, because I always had my community to lean on. I’ve learned a lot about why faith and church are to be cherished and maintained. The value of it can’t be found in many other places, if any.

This is the twelfth post in the “Stories of Faith” series. Click here to see the others.
Stories of Faith is also the theme of our 2019 ESM Summer Retreat. Learn more about it here and register now!