At KCWA, the interns took part in helping run a program for seniors called Empower Us Project: Increasing Senior Community Participation through Storytelling. We got to work closely with the leader of this project, Christina Hyejin Yoon, as well as the seniors involved. Through several workshops, we learned more about the senior’s lives and experiences as well as practiced for the upcoming interviews. During the interviews, the interns recorded the seniors as they told us their stories from their immigration journey. These videos will be edited and some will be uploaded to Youtube! We are so blessed to be a part of this project as it helps us to connect to our roots and learn more about the generation that paved the way for us.

Today was an orientation day. When we arrived, we were each given a specific role. I was given the role of usher, so I had to escort the elders to their seats and make sure each table was filled properly. After everyone was settled, Christina began her presentation. It was quite similar to the presentation she gave a couple days prior, however she gave us opportunities to ask questions and get to know the elders we were sitting with. The elders were asked to bring in photographs from the past that they could explain and talk about. It was a lot of listening, but their stories were very interesting. We also played various team-building activities with the elders, and developed hand signals that we are to use while interviewing to communicate with them. We helped out with cleaning up, and then we were allowed to leave. 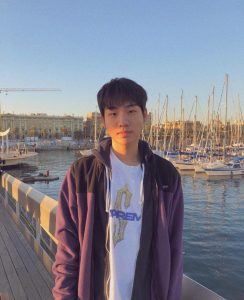 Today Jonathan and I went to KCWA from 9:30 to 12:30 and we had a panel meeting with Christina and Mr. Kang Shin Bong. The other panel elder couldn’t make it. We went over and decided the questions that would be asked during the meeting, got to listen to many of Mr. Kang’s stories, and discussed more details about the project like interviews and videos. Most of it was honestly just listening to Mr. Kang – which was a bit harder because Jonathan and I really had to concentrate and understand what was being said – and not much talking. I shared a lot of my ideas near the end when he left with Christina, who was much more open-minded and encouraged us to share our ideas. 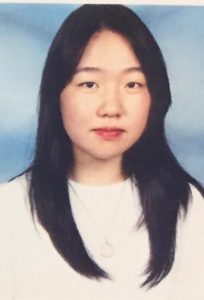 Today, we were with the seniors again and went through another presentation with Christina. As everyone was coming in, Joie, Kayla, and I were assigned to give them their name tags, some papers with questions on them, and a nice kcwa pen. After, we began to go over questions that may be asked to them and recorded them on our phones and interviewing them to get an idea of how it would be when we actually do it. It was pretty simple, JRho would ask them a question, they would answer, and I would be holding my phone recording them as they spoke and I did not understand. 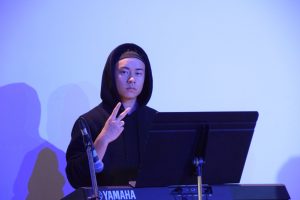 When we got there, David and I were tasked with organizing the answers to a survey that the interns as well as the seniors did into a spreadsheet. It was a pretty menial task, but most of the surveys were in Korean, and as neither of us speak Korean, we struggled a little there. Afterwards, we went downstairs to set up interview rooms to prepare for our interviews with seniors, and I interviewed one lady. 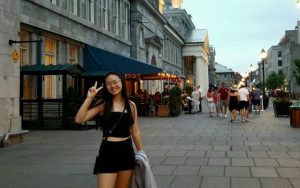 I had a lot of fun today and was able to learn many things about what we are going to do in the future and also about Korean immigrants. I found it very interesting when I learnt about some of the reasons why people immigrated to Canada because some of the reasons that were pointed out to me, I didn’t really think about them. I’m really glad I got this opportunity because this way I can learn a lot more about the Korean culture and actually get an idea about it from someone who knows a lot about Korean culture and have been able to experience it themselves. I am looking forward to the next couple weeks where I can really experience the things we talked about today. 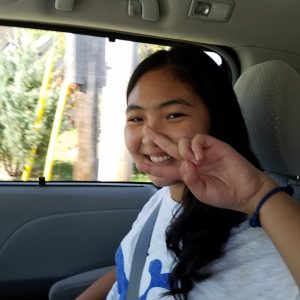 At first I was a bit nervous about interacting with the seniors because my korean is quite limited to basic conversations. However, I had great teammates like Jonathan, Kaitlin, and Hannah who helped me if I didn’t know something. The “Empower Us Project” seems quite interesting because the theme of this project is fairly relevant to most interns in our program including myself. I think it’ll be interesting listening to the stories from the seniors because I remember my grandmother would always talk about how hard it was to live in the old country in Korea.

Today was a really amazing experience for me. I was able to meet many people that have stories about their immigration process and settling process; all experiences I would never even be able to imagine, something that I can only experience through books or movies. I was also able to meet two seniors that knew my late grandfather. This was really interesting as I was never able to meet my grandpa, and these people who knew about this person that I had never met, was a really weird, yet exciting feeling. It was also super interesting and heart-warming to hear about the seniors immigrant stories, hearing how they accomplished so much during a time when it must have been so hard for immigrants, especially from Korea. I think today was really empowering, and even though it was exhausting having to adjust to what the seniors wanted, their stories really gave me the motivation to work really hard for this project.

I really wish I could speak Korean. Even with the language barrier, I think I gained a greater appreciation or admiration for what the elders went through. Even though we studied it, hearing those stories from real people made so much more of an impact. They went through so much, and yet they are mostly really happy and thankful people. I look up to them for that. I’m really excited to do the interviews and to keep on talking to the elders and getting to know them better. 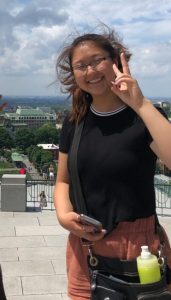 My thoughts on today was that it was a great experience that really opened my eyes. I never really thought about my identity (Korean or Canadian), I always thought I was Canadian with Korean heritage. But after learning more about how our grandparents and other korean elders immigrated to Canada, I have a new appreciation for their dedication and perseverance. Without them, we wouldn’t be here today and I could only imagine how hard it was to come to a new language with a young family, no understanding of the language, no jobs and no friends or people they know. I feel really thankful and blessed and I really want to do a great job to capture all of these amazing stories. 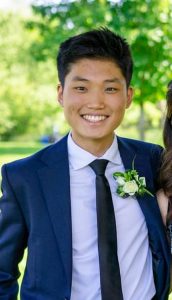 About my participation as a volunteer in the senior meeting with Joie, Hannah and Kaitlin, when I think back to it I remember it as very hectic. The real challenge was being placed in an unfamiliar environment and being tasked to work right away. I was caught off guard and had a little difficulty familiarizing myself with what kind of work I was doing and my surroundings. To top it all off, at least 90% of it was Korean and since both the manager and Christina had expected us to be able to speak and understand Korean, I worked my very best to live up to their expectations of us. All in all, everything went smoothly as all four of us worked efficiently and covered for each other’s weaknesses which makes me proud and grateful for my familiar team. The other notable event was being elected as a Panel with Kaitilin for our team. At least in my eyes, most of the team seemed very unenthusiastic about being the panel as it required extra dedication and having to comprehend and speak Korean fluently in meetings. I didn’t want our Hi-C team to radiate that energy and leave a bad impression on Christina so I pushed myself to prove otherwise. In the end I was nominated to be the Panel in which in a sense excites me. I’m eager to work hard and show what we St. Tims can do! However, it is inconvenient in where I live, and I lose almost the entirety of my Summer, especially when this is the only Summer I’m spending in Canada in my “high school career”. Nonetheless, I’m looking forward for the challenge and happy that I was nominated because I believe the experience and opportunity greatly outweigh the negative inconveniences. 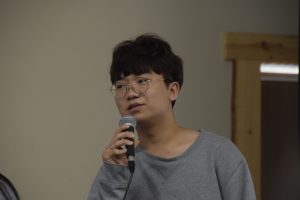