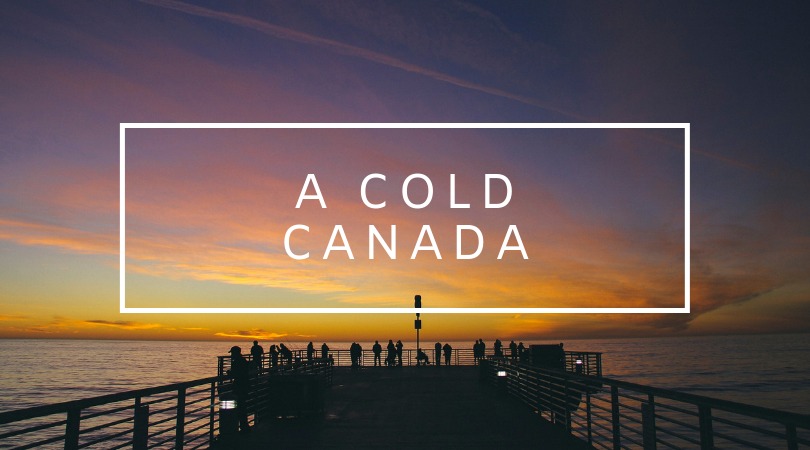 For those who came to Canada as children or teens, what was their experience of adjusting to a new country?

We all know that feeling of moving to a new school: the butterflies, fear, and restless nights thinking about what’s to come. But can you imagine moving to a completely new country during the defining stages of your youth in hopes for a better future? What was the experience like moving to a completely foreign country? This is what many 2nd generation Koreans had to go through, moving from Korea to Canada. Many of these young teenagers had a difficult time understanding the Western cultures of their peers, and faced many hardships and issues. Adjusting to a new country for 2nd generation Koreans put many in a place of loneliness which created suppressed feelings and inner angst. How did the 2nd generation cope with their new surroundings? How was family life affected? What happened to their own cultural norms? What were the real personal feelings of individual 2nd generation Koreans? Finally, what does it mean for 2nd generation’s to ‘Bless the Lord’? We interviewed six 2nd generation Korean immigrants to get an in depth understanding of real feelings during their transition and adjustment to a new life in a foreign country.

It was a cold winter, 1974. A young girl no older than six years old had just gotten off the airplane. A 2nd generation Korean’s first thoughts of Canada was its majestic atmosphere. The snow had settled in the stone made her realize her family was no longer in Korea, the white carpet covering the roads and grass was something she had never seen before. The snow in Korea never settled on the ground like that, this was her first experience of realization that she was no longer in Korea.

The trigger for the realization that they were no longer in Korea for most 2nd generation Koreans, was their school life. Many felt loneliness and were unable to express themselves. One interviewee told us she cried everyday when she went to school. She wasn’t able to speak English, and she especially felt terror about asking to go to the bathroom, as she didn’t know how to articulate what was needed. The feeling of not being able to communicate simple phrases is something we don’t realize we take for granted. Communication is a key value in anyone’s life, growing up trying to find yourself without being able to properly communicate with peers can be upsetting and emotionally toxic for young impressionable youth. The only place she found any sort of comfort were in her ESL (English as a 2nd Language) classes. Her teacher would sit her on her lap to calm her down. “It was a nice atmosphere to be apart of people who were in similar situations, however the majority of ESL students were not Korean, so even in a place I was meant to feel connected, I still felt distant to those peers”. Ultimately, many of these immigrant youth still had a barrier up between them.

Another interviewee gave us her perspective on what ESL was like for her. It actually created a sense of division. The ESL class was called the ‘Tokyo Towers’ by the students, and the majority of Western students would not associate with Asian immigrants, thus creating distant feelings of alienation on both sides. Interactions with Western students was especially hard for the 2nd Generation. Many Western students did not view them as peers. One of our interviewees told us she used to be called ‘China doll’: “People used to pick me up like a doll without asking me”. Clearly the other students had no regard for personal space. 2nd gens often didn’t vocalize what they felt because of the insecurity they had about their english accents. Another interviewee shared that they were very shy and not vocal because they were extremely embarrassed about their own accent. Socializing plays an important role in the growth of a child’s personality and core values. However, many of the immigrant 2nd gens had to focus heavily on other aspects of their lives, rather than work on themselves. “My brothers used to be called ‘chink’ and get in to a lot of fights growing up”. I can only imagine the amount of anger felt by these children, barely understanding what many of the Western youth are saying, but hearing that one familiar word from every bully or racist— “chink”. These problems could not be solved with a grown up. The insecurities the immigrants felt in themselves kept them away from authoritarian figures, and the strict cultural norms of Korean culture kept immigrant children distant from their own families. Even if they wanted to reach out, most times parents were working hard to just put food on the table and provide a roof for their family so they weren’t around.

Family life for many immigrant youth was difficult. Korean parents were always working day and night to survive. Financial problems, and the strain of Korean culture was weighing heavily on their parents shoulders. Anything could turn into a fight at a Korean family residence. Siblings versus siblings, siblings versus parents, parents versus parents, there were a lot of struggles for families. Many interviewees shared the same story in this aspect. Families were never home, the eldest sibling was the caretaker, financial bills and letters had to be read to the parents as they couldn’t understand it, and on top of all of this family reputation was an extremely important factor for Korean culture and Korean parents. The main source of arguments can be found here. Parents had envisioned a different future for themselves in Canada, expected more from each other after immigrating. As a result, parents and children would fight about education and what they needed to do to become successful. The stress from school and the oppressed feelings felt at school caused children to lash out, and parents to get extremely upset, as it is was seen as extremely disrespectful for children to talk back to parents. All the interviewees came to a consensus and agreed that their parents just had what was best in mind for them, and only wanted them to succeed. If the parents could just see all these children needed was an outlet to just express and vent their feelings, maybe many of these immigrants could have had an easier time adjusting to everything around them.

Through the Lord, many of these 2nd generation Koreans were able to find themselves. Christianity was the outlet for these youths, whether parents were members of the community or not, it was a choice that they could make for themselves whether they’d rather be apart of the youth groups or not. They were able to talk with people who shared similar experiences, turmoil, and sadness. It was a place for people who felt like they felt like they didn’t belong, and for them to be able to vent and express what they felt inside. The events outside of service created lasting friendships, and shaped who they would grow up and become, in a safe environment away from racial profiling, and misunderstanding from Western culture and peers.

I personally don’t feel like my own faith is affected, however, I do feel like my choice in faith is very strong. With the modern times, and all the options in friends, church is not a necessity. Church is something I love, and I love the Lord who has blessed me in my daily life, and has given me all the opportunity and chances anyone could ever ask for.

This is the eleventh post in the “Stories of Faith” series. Click here to see the others.
Stories of Faith is also the theme of our 2019 ESM Summer Retreat. Learn more about it here and register now!