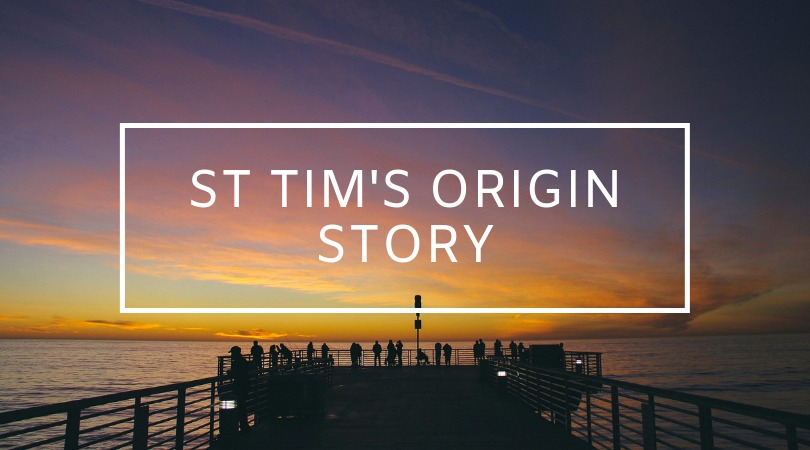 This post goes over the creation of our very own St. Tim’s and includes interviews from members of our congregation. Read to the end to see Sarah and Doyeon’s personal reflections.

This is the sixteenth post in the “Stories of Faith” series. Click here to see the others.
Stories of Faith was the theme of our 2019 ESM Summer Retreat.

How did St. Timothy come into being?

St. Timothy Presbyterian Church has been unique from the very beginning. We were fortunate enough to be able to interview Reverend In Kee Kim as well as a member of the congregation for our project. The origin of St. Timothy is a story that is held in the memory of the members of the church, and today we are presenting this story in writing. Our church has served as a place for community, spiritual growth, and family from its establishment up until now.

St Timothy was formed when two churches came together, the North York and the Living Stone churches. Kris Jun, who has been a member of our church from the beginning, told us her story as well. She had been a part of the United Church but due to conflict, the church split, and some members formed Living Stone Presbyterian Church. Reverend In Kee Kim, who was the minister at Living Stone church, said that he was among the youngest members at the time. Both North York and Living Stone congregations were made up of immigrants who had been in Canada for a long time. Despite being immigrants, the congregation was still “very familiar with Canadian culture” according to Reverend In Kee Kim. This bi-cultural aspect is something that has continued in St Timothy as we continue to see both Korean and Canadian cultures side by side and coexisting.

In 1966, our church was established through the amalgamation of North York and Living Stone Churches. Reverend In Kee Kim told us that “At that time, no Korean church really had an amalgamation history. A lot of churches were rather divided because of conflict. But this church was unique in the fact that we have come together.”. The joining of the two churches gave us the community we know and love today.

The name St Timothy’s Presbyterian church was created later on. At first, the church was called North York Living Stone church and was based in downtown Toronto. This lead to some confusion as people had a hard time finding our church. The name St Timothy was chosen because it reflected our community. St Timothy was one of St Paul’s disciples. His mother was jewish and his father was greek so he was bicultural. From the beginning, St Timothy was a bicultural church. The first and second generations had their own cultures: a more Korean culture from the first generation, and a more Canadian culture from the second generation. These two groups, with different cultures and experiences exist together in our church.

The amalgamation of the North York and Living Stone churches was successful due to the willingness of both communities to respect each other. Reverend In Kee Kim recalls, “we had to be very careful so that everyone felt included and no one felt excluded. So even in the name, we tried to choose a neutral name.” Kris Jun told us that she didn’t remember much conflict because “the members of the congregation were very mature”. Although there were originally two churches, after a few years, there were no longer two communities, and it just felt like one church.

St Timothy is incredibly unique. Our story is so different from others and is even inspiring. The way the two churches came together and were able to coexist and become one, makes me think of the love that people must have shown each other. We are truly one in Christ, and I think that our church as shown God’s love to each other, and continues to do so even now. I am so proud of our church’s history, and how we were able to come together despite differences in culture, age and origin. With God’s guidance and by showing God’s love, we were able to come together and to grow as a community.

Learning about our church’s beginning put a lot of things in perspective and gave me a greater appreciation for this community. I’ve been here since I was born, and I never really realized how unique our community is. I am really thankful that I got to grow up at St. Tim’s and for the first and second generations for making that possible. I can see how God was really working through my life and our church, even before I was born and up until now.

I was very fortunate to have been able to learn about how St. Timothy Presbyterian Church came to be through this phase of stories of faith. It was particularly interesting to hear about how the name St. Timothy was chosen as the two churches combined. As for how my meaning of “bless the lord” changed, I think I am learning to be thankful for his unique plans for everyone, like his plan for our church.

This is the sixteenth post in the “Stories of Faith” series. Click here to see the others.
Stories of Faith was the theme of our 2019 ESM Summer Retreat.