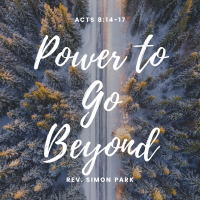 Sadly, this has turned out not to be the case yet. The interesting thing is that the circumstances of this new year have been met with shrugs and resignation. The need to switch gears was familiar. It was no longer shocking or traumatic

We’re not as affected on the outside. But when we peel back the layers, the ongoing nature of this pandemic has taken something from us. We don’t feel the acute emotions of these changes like they did at first, but instead, we’re starting not to feel much of anything now. Instead of shock and sadness, we feel more numbness. Many people just stare at their screens all day and walk around their house in a daze, mindlessly going through the routines of the day. Somehow, the sense of joy, awe, wonder and excitement of life has been taken away. It will take a long time afterward to process everything, but this is some of what I sense is going on.

If anything, the pandemic has shown us how little life is in our control. It has shown us that life can throw anything our way at any time. It’ll often lead us to undesirable situations that we cannot escape. We don’t want to be in this pandemic, but we cannot avoid or escape it.

For me, the important question is how we respond to such difficult and unavoidable situations. Do these difficulties make us shrink?  Or are we able to overcome and rise above them? How we respond makes all the difference in the quality of our lives.

Over the course of this pandemic, we’ve seen many people shrink. Shrink their social circles. Shrink from communication with others. Shrink the excitement they feel.  Shrink the joy they experience. Shrink the size of their hearts. Shrink in their empathy and understanding. Shrink into their own little world.

We need this kind of power in our lives. Without it, our lives cannot flourish. Without it, we cannot remain whole.  Without it, life in this world simply drains away our vitality. We need a power that is greater than what we have.

This was the power that Jesus promised to his earliest followers.

“But you will receive power when the Holy Spirit has come upon you; and you will be my witnesses in Jerusalem, in all Judea and Samaria, and to the ends of the earth.” (Acts 1:8)

This was the last thing Jesus said to them before he ascended into heaven.  This was a promise that Jesus gave. That promise was fulfilled at Pentecost. The Holy Spirit came, and filled with power, they began to proclaim the good news of Jesus Christ. People were drawn by the power of the message. The movement grew and poured out into Jerusalem.

They did indeed become witnesses in Judea and Samaria and beyond.  But you know the interesting thing? It was not by intentional plan and design. It’s not like some mission efforts today, where there is very strategic and intentional planning to evangelize certain places. No, they became witnesses in these far-flung places by being scattered through persecution. Jesus’ promise was fulfilled through intense suffering and hardship.

In the chapter before today’s passage, Stephen was the first Christian martyr, stoned to death. After that event, Saul began going house to house, dragging people off to prison. This dangerous persecution caused followers to scatter. They scattered out into Judea, and then beyond to Samaria.

Today’s passage takes place in Samaria. Philip was one of the scattered Christians who ended up there. He went there not intentionally or by design. He went there because he was fleeing for his life. He was running away from danger and persecution in Jerusalem. But the amazing thing is that he did not shrink in fear. Instead, he began to proclaim the good news there! The people of Samaria experienced healing, miracles and great joy. Instead of shrinking, Philip had the power of the Spirit in him. Out of a tragic and dangerous situation, God’s power was revealed.

The leaders back in Jerusalem heard about it and this became a great controversy. You see, the Samaritans were a despised people to the Jews. They were descendants of the northern kingdom of Israel. After King David and Solomon, the kingdom of Israel was divided into two kingdoms: Israel in the north and Judah in the south. The northern kingdom of Israel was eventually taken over by Assyria. Their policy was to intermarry the local population with foreigners and thereby dilute the blood and culture of the defeated nations. The offspring of this policy resulted in the Samaritans. They were mixed breed people. They kept some of the basic beliefs of the Jewish people, but also adopted customs and norms from other countries. Their religion was a syncretic mix of ancient Israelite and foreign traditions. The Jews despised that. To them, the Samaritans were not kindred, but an abomination. Politically, when Judah later came under attack and faced great difficulty, the Samaritans sided against them. So there was bitter hatred between the Jews and Samaritans. When people from Galilee came down to Jerusalem, the easiest way to cut through Samaria. But they chose to go around Samaria and walk a few extra days, rather than go through Samaria. Samaria was an undesirable place filled with undesirable people.

For the church leaders in Jerusalem, this news of Samaria was making life difficult for them. The earliest Christians were all Jews. They were being persecuted by fellow Jews for abandoning Jewish laws and customs. They were looked upon with suspicion for not being Jewish enough. And news that Christians were preaching to Samaritans was making them look even more suspicious. So they decided to send two leaders of the church, Peter and John, to investigate.

It is remarkable that John was one of the two who went to Samaria. John was one of Jesus’ original disciples. During Jesus’ ministry, a Samaritan town had rejected Jesus. John responded with great fury toward them: “Lord, do you want us to command fire to come down from heaven and consume them?” (Luke 9:54) His response was typical of Jewish attitudes toward the Samaritans. But here he was being sent down to Samaria.

The story shows that the power of the Spirit is not in our control. The Spirit goes where the Spirit goes. We do not choose when, where, how and to whom the Spirit manifests its power. And just because we have the Spirit does not mean that we control what happens in our lives.

But wherever the Spirit is, any situation, even a tragic one, can become a witness to God’s great power. Philip went to Samaria for safety, but the Spirit had its own plans. For Peter and John, the Spirit changed their view of Samaritans as undesirable people to a people desired and loved by God. The undesirable place became a place of God’s power.

This was how the Spirit led the early Christian movement. The Spirit lifted them up to go beyond their difficult circumstances. The Spirit opened up new paths out of their suffering.  Rather than shrinking, they became bigger. Rather than remaining defeated, they experienced new power.

We need the power of God’s Spirit in our lives. All we need to do is simply ask. That is what Jesus said. “So I say to you, Ask, and it will be given you; search, and you will find; knock, and the door will be opened for you. For everyone who asks receives, and everyone who searches finds, and for everyone who knocks, the door will be opened… If you then, who are evil, know how to give good gifts to your children, how much more will the heavenly Father give the Holy Spirit to those who ask him!” (Luke 11:9-13)

Our lives are and will always be filled with many difficult, inescapable circumstances. We will face things in life that threaten to take away joy, hope and the excitement of living. Seek God’s power! It will help us overcome these things.

Out of the Ashes

Rev. Kim is in London today to preach at London Korean Christian Church. That church is part of our presbytery. They’ve been around for 51 years. But because of the recent decisions of the denomination regarding human sexuality and same sex marriage, almost 90% of that church left and formed a new church. There was a lot of acrimony directed at those who remained, and there continues to be. Those who remain are hurt, angry, heartbroken and devastated. Many of these members have been there for decades, and the church has been their life. With most of the former members gone, lifelong friendships have been severed. The English Ministry leaders of the church all left too, so there is no more English Ministry. The church feels empty, and there is a real sense of devastation. It’s been so difficult to see them going through this.

Rev. Kim is there to comfort them and preach the Word of God. They are crushed with sorrow, but the message today tells us that devastation is not where things end. The message is that in this tragic circumstance, the power of God will be manifested most clearly. That is my prayer.

From this sad situation has sprung one ray of hope. The vision of the remaining members is to leave a church for the next generation. They’ve decided it’s no longer about them. We have about 8 or 9 students at Western from our church. I spoke with some of them about starting up an English Ministry there. They got really excited about this, and that made me excited too. I shared this news with the members of the church, and they are delighted with this too. Our students have not had a ministry that was truly their own. They’ve always been the children of our church members. But this opportunity presents a chance for them to have true ownership of ministry and grow in their faith as they start something new. Some of them were there this morning to hear Rev. Kim speak and to meet members of the church. Out of the ashes, a new opportunity and new hope has arise.

I pray that this power be alive and flourish in each of you. It really hasn’t been an easy time for so many of us. We can feel the weight of all that’s going on in our lives. But let’s put our trust in God. Whatever difficulties you are facing now, trust in God and God’s power to take you beyond this present difficulty to new places you could not have imagined.