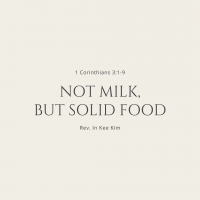 God has called all of us to bless one another. It is God’s gift, community is God’s gift, and in God’s blessing. We had a wonderful retreat. Thank you for all the participants, your insights, opinions, stories, and sharing meant a lot. That was what made this retreat very unique and special. It was you who gave the message and thank you all for working so hard to make this retreat very special. We cried together, we laughed together, and we shared our stories together. We tasted what the Psalmist confessed, how very good and pleasant it is when kindred live together in unity. We have realized how powerful it is to have meaningful interaction with other human beings, meaningful interaction with others.

Living Together in Unity

Yes, we can survive alone. We have no problem surviving alone. For many people, this is how they choose to live. Because it is such a headache to be with others, I’d rather want to live alone. They had a study, and then they made a report, the other week I listened to it on the radio, of how Korean children are the most inactive children in the whole world. They don’t interact with others. They don’t go out and play. They just stay home, watch TV, and play games. And a lot of them are like that. They choose to be alone, and also in Japan, there are a lot of people who never go out. They order food and they just stay home all their lives. Yes, we can survive alone, maybe it is easier to live alone. But life is more than survival. We can survive, but life is more than survival. We experienced how powerful the connectedness is. We are created to be connected with other human beings. That’s how we are created to be, we are not created to live alone. We are social animals. We are social beings. Living together is not easy. Yes. I know.

Living as Spiritual People, not as Infants

Let us continue to reflect on this community. Paul was dealing with problems at a church in Corinth. In that church, the problem was the division. The division because of the attitude that we reflected on yesterday. “Birds of a feather flock together.” It is Aristotle who said that. Birds of a feather flock together. You’re familiar with this phrase. There were people who followed Paul, and there were people who followed Apollos. Apollos was a devout Jew born in Alexandria. And some people believe that, people like Martin Luther believed that, he was the author of the letter to the Hebrews. So we don’t know exactly, but some people believe that he wrote the letter to the Hebrews. He was an influential preacher. So, there was a significant number of people who followed Apollos. Paul and Apollos never had a problem with each other. It was not their problem, but it was the people who were divided. They created the division and animosity between the groups. “Oh, I follow Paul and you follow Apollos,” or “Paul is better” or “Apollos is better in the other way.” So they were kind of creating division and animosity. Ultimately, they wanted to prove themselves right. They wanted to affirm themselves. “We are better than you. We are right. And you are wrong.” That’s what they ultimately wanted to say. They didn’t know how to accommodate people who are different from them. They have to prove the other group wrong so that they could affirm that they were right.

Paul was saying that this is a childish attitude. That kind of attitude is a childish attitude, Paul will say. Twice he mentioned how childish that is, using the metaphor of infants. He said, “And so, brothers and sisters, I could not speak to you as spiritual people, but rather as people of the flesh, as infants in Christ. I fed you with milk, not solid food.” “We and they” kind of attitude is an immature attitude. And we heard that a few weeks ago from one of these famous TV person, the “we and they” kind of attitude. We separate ourselves from them, even though they were brothers and sisters in Christ, they separated themselves from each other, criticizing each other, and judging each other. A lot of fear, prejudice, and a lot of assumption, and wrong pictures that they paint against each other. To Paul, it is a childish and human attitude, not a spiritual attitude. He said, “For when one says, “I belong to Paul,” and another, “I belong to Apollos,” are you not merely human?” Paul was pointing out their lack of humility. As Jonathan Cho mentioned at the retreat, Paul was criticizing their divisive and competitive mentality. Just to prove themselves right, they lifted up their own leader, a mere human being. So Paul said, “What then is Apollos? What is Paul? We are just servants.”

We didn’t choose to be here. It is God who has called us. God will use all our differences to achieve his purpose. That was what Paul believed. “I planted, Apollos watered.” My work and Apollos’ work is different, and that’s okay. “But God gave the growth.” God used both Paul and Apollos, but ultimately it was God who made growth possible. And what I’m saying does not just apply to the congregation. It applies to every relationship that you have with other people. And Paul said, let us not glorify ourselves. He said, there was nothing for us to boast about. “So neither the one who plants nor the one who waters is anything, but only God who gives the growth.” That is a humble attitude. God gave us this beautiful community and God gave us all different people with different gifts, different talents, different personalities, and different experiences. We should allow each other to flourish with the gifts they have. And we reflected that a real community is to provide a safe place where people come and experience change. Instead of trying to change each other, we create, we provide a safe place where people come and experience God’s change.

Instead of judging each other, we should encourage each other to maximize their gifts. It was very unfortunate that Apollos cannot survive in that church. Apollos had to leave that church in Corinth. Paul asked him to come and serve, but he wouldn’t come. This was what Paul said, “Now concerning our brother Apollos, I strongly urged him to visit you with the other brothers, but he was not at all willing to come now. He will come when he has the opportunity.” If they didn’t have that kind of division, Apollos would have stayed, and the church would have flourished with his gifts. My friends, accepting people is very hard. It’s not easy. We accept people not because they’re acceptable. Accepting people is very hard, it requires tremendous maturity to accept people, especially accepting difficult people. People who don’t like you, people who are different from you, people who criticize you, and accepting people like that is very hard. But Saint Paul said, “Welcome and accept one another. Therefore, just as Christ has welcomed you for the glory of God.” That’s Saint Paul’s commandment. “Accept each other, just as Christ has accepted you.”

Jesus does not accept us because we are so beautiful and acceptable. Jesus accepted us, not because we are like him. Yesterday, we reflected, Jesus suffered us. He didn’t just suffer because of us. He suffered us. We were Jesus’ problem. We were Jesus’ headache. And yet Jesus accepted us. Jesus suffered us. That is required when you accept others. When you are not willing to suffer them, you cannot accept them. You cannot accept them. We should be able to embrace their thorns, even though they hurt us. To accept somebody means to accept even their thorns, and these thorns hurt us. That willingness to accept each other makes this community beautiful. That is spiritual maturity. A self centered attitude gets us nowhere. Children are completely self centered. They only think about themselves because they have not yet learned how to be considerate of others. But parents, doesn’t matter how difficult they may be, you just embrace them, accept them, even though their thorns hurt you. You embrace them because you’re parents, you do that. Childish attitude, we have to go beyond and have a mature adult attitude.

The other day, I watched the movie, Parasite. It’s a very good movie and very famous. It was nominated for best picture, and best director at the Academy Awards. in the movie, this little boy plays as an Indian with a tent made in America, made in the USA. Then the rain pours, and then the boy thinks, “Oh, great. I can go camping. So, I’ll put up the tent in the backyard.” And then, he plays there, and the water doesn’t go in because it’s so well-made. But right after that, there is a scene where that same rain flooded the people who live down there and they lost their home. They lost everything. They lost all that they had. While this child will never understand what they are going through. The people who never took somebody’s burden will never understand the burden of others. That’s a childish attitude. Paul teaches us, don’t be like an infant, be like an adult. In the community, we need to be considerate of other’s needs. That’s how the community becomes mature. Then we can be fed with solid food, not with milk. I pray that you come to this community, and as I said at the retreat, you don’t come here just for your own satisfaction. God called you to serve others. As a matter of fact, even before I decided to go into ministry, I never went to church for myself.

Becoming Together by Serving One Another

I went to this church where there were no young people. I was all by myself with my brother. And we decided to just stay at that church because we wanted to serve people. That’s why we went to church. We wanted to serve God and we wanted to serve the church. We didn’t expect to receive anything from the church. That’s what church is, we are here together to serve one another. That’s why God called us. That’s why this is not a selfish community. This is different from an institution, which seeks for self interest. This is a church. This is a spiritual community. And all of us, as a result, will experience tremendous healing, tremendous gifts, and tremendous blessings. Not because you wanted, not because you came to seek it, as a result, becoming together will become a reality. This becoming together is not something that I try to make. When each person is so absorbed in God’s love, this community will become together, as a result. So every evening go home, and reflect: Do you have enough of God’s love within you? That’s the ultimate spiritual discipline. Do you have enough of God’s love within you? Can you embrace the people who are so different from you? Can you even do that? When there is God’s love, you can do that.