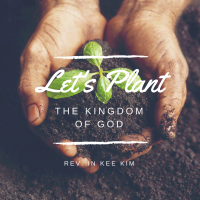 Challenges to Plant the Kingdom of God

God only can give the growth

It is not us, which makes the seed grow, but it is the earth itself. Once you’ve planted, then the earth will take care of it, the soil will take care of it. My job is to plant the seed and it is the job of the soil to make it grow, and that truth Jesus told us and that truth is also spoken by an apostle Paul. He said, I planted, Apollos watered, but God gave the growth so neither the one who plants nor the one who waters is anything but only God who gives the growth. Once we plant it. You don’t need to worry about it, it is God who makes it grow. The second thing that you have to remember, the second challenge you have to remember is that from a mustard seed is so small. I don’t know whether you saw most or not. I’ve seen a few, but when you really look at it carefully, you cannot really look at it, so small and this is what Jesus said, it is like the mustard seed, which when sown upon the ground, it is smallest of all the seeds on the Earth.

That is the what the Kingdom of God is like. Jesus is comparing the kingdom of God to the mustard seed. It is so small you cannot even see it well. Sometimes we wonder what we do for the Kingdom of God is so small. We are so small. We feel like we are not significant enough to be able to make any difference in the world. What difference can I make in the world? Sometimes we feel so insignificant. I’m the person who has only one talent. You know the parable of talents, the person who received one talent, two talents, and five talents. The people who received two talents, five talents worked really hard that produced double. Another two talents, another five talents. But the person who received only one talent, he didn’t do anything because he felt that one is not good enough. One talent is not good, sometimes we feel like that.

It is Small, but Will Grow Large

It is so small. What we do is so limited, so small, we feel discouraged and we easily give up, but even though it is small in the beginning when God touches it. It grows, it becomes a shrub. It becomes a big tree. So under the shadow, the birds will come and enjoy that being under the shadow, even though you look very insignificant, not important enough, but when God touches you. Through you, you can give so much rest to many others. You can make other people, abundant. Not only is your existence becomes abundant but through you, many other people’s lives will become abundant. When you really look at Jesus. Jesus never was never a political person or international person. He just stayed in Jewish land; Galilea and Jerusalem. A few times back and forth. That’s all he did. His geographical boundary was so small, he only worked with 12 disciples, 12 people every day sitting down and teaching them and all that.

And in these 12 disciples were not really extraordinary leaders, they didn’t understand what Jesus was saying, Jesus feels so frustrated, but he kept teaching them that small seed became the plant that changed the whole world. St Paul, he ministered few churches, but only 30-40 people, and even though, in that small group, there were so many problems. Sexual immorality and the fight and division, all kinds of problems he faced. But he wrote his letter every day, without really realizing that this letter will be a read two thousand years later, in Etobicoke by St. Timothy people. He never expected that. But he wrote it. He planted the seed and that seed became the giant scripture that everybody reads it and gets inspiration from it. Even though what you do, may look small, but when God touches it, that can be the greatest shrub in the world that makes many other people abundant. Doing our best in our given situation. That is the attitude of planting the Kingdom of God. Let us plant the Kingdom of God daily in our daily lives.