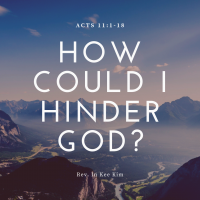 Two weeks ago we reflected on the change of the same Paul, his change was not a nonreligious person becoming a religious person. He was very religious. Today we read about Peter’s Change. Paul and Peter, these two are the pillars of Christianity. So we reflected on Paul, and today we are reflecting on the change of Peter. Peter’s change was not a non-Christian becoming a Christian. Peter was already a hardcore Christian. Jesus said I’ll make a church, I’ll build a church on the Rock and you are the rock. He represented Christianity. But even Peter needed to change.

Paul was a great person. I mean these are great people, but Paul had to change and Peter also had to change. And I realize we all need to change. That’s what we need. Every single one of us, we need change. Whether you are a good believer, hardworking, good citizens or self-proclaimed spiritual person, doesn’t matter. We all need to change. I believe that, to believe means to change. That’s what belief is to believe means to change. In other words, if you don’t change, maybe there is no faith or king within you. So when we see ourselves not changing, that means the faith is not present in our lives because when there is faith, there is always change.

So it’s almost like life. If you’re living, you will change. If you don’t have a change, then your life is not really happening. So we all need change. Spirit. The spirit brings about change. That’s what spirit does. Whenever the spirit comes, the spirit brings about change. The spirit changed Paul. Spirit changed Peter. The change the spirit brings about is not a cosmetic change. The Spirit changes the core of who we are. What happened to Paul was not a cosmetic change. His whole outlook of life himself and about God changed. What happened to Peter was not a cosmetic change. His change was about his identity because Jewish people eating diet was to do with identity. The had three identity markers. One is food. What kind of food you eat or drink and also keep the Sabbath holy and gifts a tidying. Those three were kind of identity markers.

We are Jews. So they never, as you know, they never went into the gentiles house and then ate with them. But Peter did that, and they accused Peter of going into Gentile Peoples House and Peter was explaining what happened to him. What change happened to him. Yes, I’m a Jew and I know that is wrong for me to enter into the gentiles house and eat with them. I know that is against our belief, against our identity, but this is what happened to me. This change happened to me once I was in prayer, I was doing prayer and then I saw vision somehow from heaven or kind of large sheet or coming down inside. There were a lot of animals, but these animals for food, animals and these animals were prohibited for Jews to eat. But the voice said to him, eat it, kill it and eat it. And I said, no, I never eaten anything that is profane and unclean. And then there was another voice that says, What God has made clean. You must not call profane. He lived all his life thinking that this food is unclean and profaned so I cannot eat it. But the voice said what God has made clean, don’t call it profane or unclean.

And then, I realized that the agent of change is not me. What brings about change is not me. What brings about change me is God. God changes me as God wants, not as I want. I realized that that is what real change is all about. Often we are only hindered to God’s change as long as I am the master of my own life, the change God wants cannot happen. This week, this word came to me continuously. That is, so I didn’t write it in English but because it didn’t really make sense, but the literal word that came to me was this. As long as you are a conqueror of yourself, then change cannot happen. Conquering. If I conquer, I’m the conquer of my own self. If I’m the master of my own self, then change cannot happen.

Prayer is not what you say. Prayer is what’s happening within you. Sometimes it changes you around completely. That’s what God does. Jesus wanted his cup to pass away, but he didn’t get what he wanted through his prayer. Rather he got the opposite. Take the cup. Jesus prayed for not his will, but God’s will. We human beings live with prejudice, in that prejudice we create our own rules to determine what is right and what is wrong, what is good and what is bad. And I realize reasoning can never help us overcome our prejudice. The reasoning is powerless whenever it comes with prejudice. We use reasoning only to justify our own prejudices.

Accept the Spirit and Be Humble

Only through the spirit, we can overcome our own prejudice. Only through the spirit, we can accept what it is, what is uncomfortable to us. Only through the spirit, we will have the courage that pushes us to go beyond our comfort zone. That’s what the spirit does. We should be humble enough to let God be God. That was Peter’s confession, who was I, that I could hinder God? Who was I, that I could hinder God? He let go of his prejudice at that moment and he embraced God. Who am I to hinder God? That should be the attitude of all of us. We don’t make God’s movement as we wish. We don’t control God’s movement. God will make a way according to his will. I wish that we all become God’s tool for God’s way. Let us not follow our limited knowledge and shortsighted view. Let us become spiritual people who reflect deeply on God’s will, and you will live. If you follow your own prejudice and if you’re a master of own life at the end, you end up with yourself, that will be decade death. This morning I was thinking about those people who don’t believe, Those who are masters of their own lives. When their life is over, is it forever finished? Forever and ever and ever. No more you finished?

Embrace God and embrace the change God wants to bring about within you. Even today, this morning, right at this moment, God is knocking at your door to bring about change. Only through that change, salvation is possible. Let us restore our humility. Stop being a master of our own lives, but let us give ourselves as a living sacrifice. God will definitely show us a new vision. God will lead us. God will open a new way for us, and God will show us great and hidden things and our eyes will see God’s glory. Our eyes will see God’s glory. Yes. What God wants.