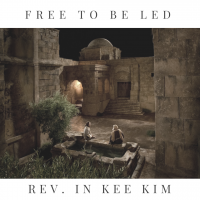 “Very truly, I tell you, we speak of what we know and testify to what we have seen; yet you do not receive our testimony. If I have told you about earthly things and you do not believe, how can you believe if I tell you about heavenly things? No one has ascended into heaven except the one who descended from heaven, the Son of Man. And just as Moses lifted up the serpent in the wilderness, so must the Son of Man be lifted up, that whoever believes in him may have eternal life.

“For God so loved the world that he gave his only Son, so that everyone who believes in him may not perish but may have eternal life.

“Indeed, God did not send the Son into the world to condemn the world, but in order that the world might be saved through him.

Nicodemus was a learned man. He knew a lot about religion, politics, and life, and he was elite. He was cream of the crop. He was a man of elite status and yet he did not know the Holy Spirit. Knowing the Holy Spirit is like knowing the wind. Jesus said, “We cannot really know the wind. We hear the sound of the wind but we don’t know where it comes from or where it’s going to go.” The spirit is elusive, uncontrollable, unpredictable and unknowable.  We don’t understand exactly how the wind works and we don’t know exactly how the spirit works.

You know whenever I read this passage, I feel freedom. Total freedom. A freedom that comes from a strange sense of empowerment. The life that I tried to control is hard. Very hard and the matter of the fact is that there are not many things in life that you can really control. We can prepare for the future, but the outcome of the future we cannot control. Other people, we cannot control. How they treat us, and how they view us, we cannot control. People hated Jesus and gathered together to plan to kill him and ultimately they crucified Jesus on the cross and yet Jesus did nothing to control them. Because he knew that he could not control them. He could not control how they behaved or sinned. Judas betrayed him. Peter denied him. But Jesus simply accepted them and he did not try to control their behaviours.

There are many things in life as a matter of life that we cannot control. But people love to control. People, they want power because they want to control. They want to control other people, they want to control the situation, they want to control their life. They love to control that’s why they are seeking power. They’re continuously thirsty for power. You need power to be in a position of control. Power of knowledge, financial power, political power. The power over other people. We need powers to be able to control our life, our situation, and other people. You can say that Nicodemus had all these powers as a matter of fact. He was in a position of control but seeing Jesus, Nicodemus had this realization that life itself is not just about control. Seeing Jesus he realized that life is bigger than the life of taking control. That’s why he came to Jesus at night. He was very interested in that different alternative life. What it looked like. What it was like. That’s why he came to Jesus at night. He had never seen that before. He was so used to the life he could control. But he has never seen the life that Jesus.

In the world, there are many people who have no power to control whatsoever in their lives. They don’t even have the power to even control what rightly belongs to them. Like their land, their children, their family, their culture, their history. They do not have control even over things that rightly belong to them. Many of your parents, many of your grandparents experienced that. In their lives, directly by Japanese occupation.

Tower of Babel was a typical example of people who tried to control their destiny. That was the ultimate mistake that human beings made, recorded in the Bible. Let us read what they said, “Come, let us build ourselves a city and a tower with its top in the heavens and let us make a name for ourselves otherwise we shall be scattered abroad upon the face of the whole Earth.”

Is it a life of being lead? Or a life of controlling? God called Abraham as an example of the future generation where being led by God. Not the people who control their destiny and others. Abraham was the example of how we human beings should live. Faith is not to dictate our life using religious power and political power but to truly follow the guidelines of the Holy Spirit. The Spirit will lead us into the truth, the SPirit will lead us to justice, the Spirit will lead us into love. The cross was a symbol of not controlling but a symbol of being led. Jesus prayed like this in Gethsemane and going a little farther, he threw himself on the ground and prayed, “my Father, if it is possible, let this cup pass from me and not what I want but what you want.” Is it a life a controlling? or a life of being led?