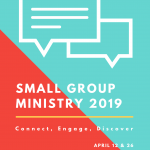 Please see below for the sermon audio, text, and discussion questions. Discussion Questions are at the bottom, so please scroll down to see them! 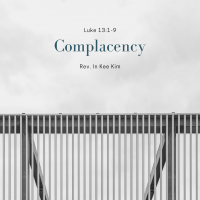 Tragedy in the World Then and Now

[00:00:12] In today’s scripture, Jesus was talking about what was going on in the world they lived in. He heard about Pilate mingling the blood of Galileans with their sacrifices. What that meant was, Pilate killed those Galilleans who were worshipping God. And after killing them, he mixed that blood with their sacrifice. That’s what he was talking about. Whatever is happening in Jesus’ time is happening right here in our time. Just two weeks ago there was a massacre in the city of Christchurch in New Zealand. People had a worship service at a mosque and 50 people were killed. And in Montreal a few days ago a man in the middle of a mass, he came to the front and started stabbing the priest who was leading the mass. What happened in Jesus’ time is happening right here in this world. Jesus also talked about 18 people who were killed when the tower of Siloam fell on them. Just two weeks ago a European airline crashed and everyone onboard died. Globally they banned the Boeing 737 MAX 8 from flying, including Canada. What happened in Jesus’ time still happens and this is what Jesus said: “Do you think that because these Galileans suffered in this way, they were worse sinners than all other Galileans? Or those 18 who were killed when the tower of Silom fell on them: Do you think that they were worse offenders than all others living in Jerusalem?” Jesus said “No, I tell you. But unless you repent you will all perish as they did.”.

We are not better than others for avoiding suffering

[00:03:00] A lot of people are suffering in this world, because of accidents that happen to them or as a result of the violence inflicted upon them. They suffer not because they were worse people than others. People who died in the Twin Towers in New York on September 11th – they are not more sinners than the people who survived. Some people don’t think in that way. When they see people suffering they somehow connect their suffering with their faults. Jesus’ disciples did the same thing. They saw a blind man on the street and they asked who’s sin? His sin or his parents’? And they somehow connected the born blindness with a fault that that person had. What they implied was that “I’m not blind. I’m not born blind, so I’m probably better than that person who was born blind.” When things are going well let us not assume that it is because we are any better than others. It’s not because God loves us more. It’s not because we are smarter and better. Many people come to me and tell me, “Reverend, I just don’t understand. My life is so good that I don’t deserve this. I didn’t do anything good but I don’t deserve this. I don’t feel very good about it.” Jesus repeated repeated this passage twice: “No I tell you, but unless you repent you will all perish as they did.”

What did Jesus mean?

[00:05:40] Listening to this, a question arose in me and it bothered me and I got stuck. Did Jesus mean that those who those Galileans were killed and those who died as a result of the the tower collapsing on them – was it because they didn’t repent? Is that what Jesus really implied? And it bothered me. I don’t think so, because Jesus already said that it was not because they were worse sinners than others. The question: I got the answer in the parable of the fig tree. The one who planted the fig tree said this: “See here for three years I have come looking for fruit on this fig tree. And still I find none. Cut it down. Then the gardener said ‘Sir, let it alone for one more year until I dig around it and put manure on it. If it bears fruit next year, well and good. But if not you can cut it down.'”.

Our tendency to avoid suffering

[00:07:10] You know I realized that people’s ultimate interest is in themselves and their family. They don’t want anything bad happen to them. That’s their ultimate interest. “I don’t want anything bad happen to me and to my children and to my family.” Even coming to church and believing in God have something to do with their well-being. “If I’m good then God will be good to me. If I do good stuff then ultimately I’ll be blessed. I’ll be good and then nothing bad, nothing tragic will happen to me or my children. If I do something bad then ultimately I’ll pay the consequence for it.” So we are very concerned about anything bad happening to us.

Job’s real reason for being religious

[00:09:15] “Truly the thing that I fear comes upon me and what I dread befalls me.” In other words, he always lived with that fear. That’s why he gave sin sacrifice. That’s why he believed in God in a way. That’s why he was faithful in worshipping God, so that nothing bad may happen to me. But all the bad things happened to him. And he said what “I fear the most actually happened”.

The true meaning of repentance

[00:10:26] Jesus also knew that that is what people wanted the most. But today Jesus said Repent. Repent does that mean stop sinning. Repent means change your thinking. That’s what repentance is. Change your thought. Change your attitude. That’s what Jesus said. When you always think about yourself and live with fear that something bad may happen to me if I don’t do right – if you keep living like that, with fear of suffering, then ultimately you’ll die. You will. You will not have life anymore.

[00:11:22] Change your thought. That is what he is asking us to do. You know, don’t think about yourselves and always fear that something bad might happen to me. And he said change your thought. Into what? The fig tree parable tells us into what.

Don’t be complacent, be fruitful

[00:12:10] Think about a fruitful life because a fruitless life will ultimately perish in the end anyway. Just because there is no problem right now, that does not mean that we are doing very well. Don’t be complacent because everything is going all right. Some people unfortunately learn only when they suffer. Until they suffer they don’t think about anything else. Well when the suffering comes down they think about it. We human beings are that weak. That’s why sometimes people repent when the suffering comes at them.

[00:13:11] But let us not wait until suffering knocks at our door. Let us repent. Let us change our attitude. Instead of always thinking about our own safety and well-being, let us think about what it means to live a fruitful life, a life that is beneficial to others. Not just what’s good for me. That’s how our humanity can survive. If human beings are all selfish and think about only themselves and their family, ultimately we’ll all perish together. But when we think about others, I will live and they will live. When we think of a fruitful life we all be able to live together in abundance. That’s what Jesus is teaching us. Jesus said this and there is a lot of truth in it.

Overcoming suffering with a fruitful life

[00:14:24] I hope that you listen to it very carefully and I hope that this is your life principle and life philosophy. This is what is what Jesus said: “Very truly I tell you unless a grain of wheat falls into the earth and dies it remains just as a single grain no fruit no fruit. But if it dies it bears much fruit. Those who love their life will lose it and those who hate their life in the in this world will keep it for eternal life.” Sure, hate doesn’t mean to emotionally hate. The Jewish people said this as their way of expression. “I like this better than that.” Then they say “I love this and I hate this.” That’s what they were saying.

[00:15:24] And then he goes on. “Those who love their life lose it and those who who hate their life in this world will keep it for eternal life. Whoever serves me must follow me and where I am there will my servant be also. Whoever serves me the father will honor.” If you keep thinking about yourself you’ll lose yourself. If you keep thinking about others you’ll find yourselves, and that’s what Jesus teaches us.

If you believe that then say “Amen”. Yes, that’s what we believe!