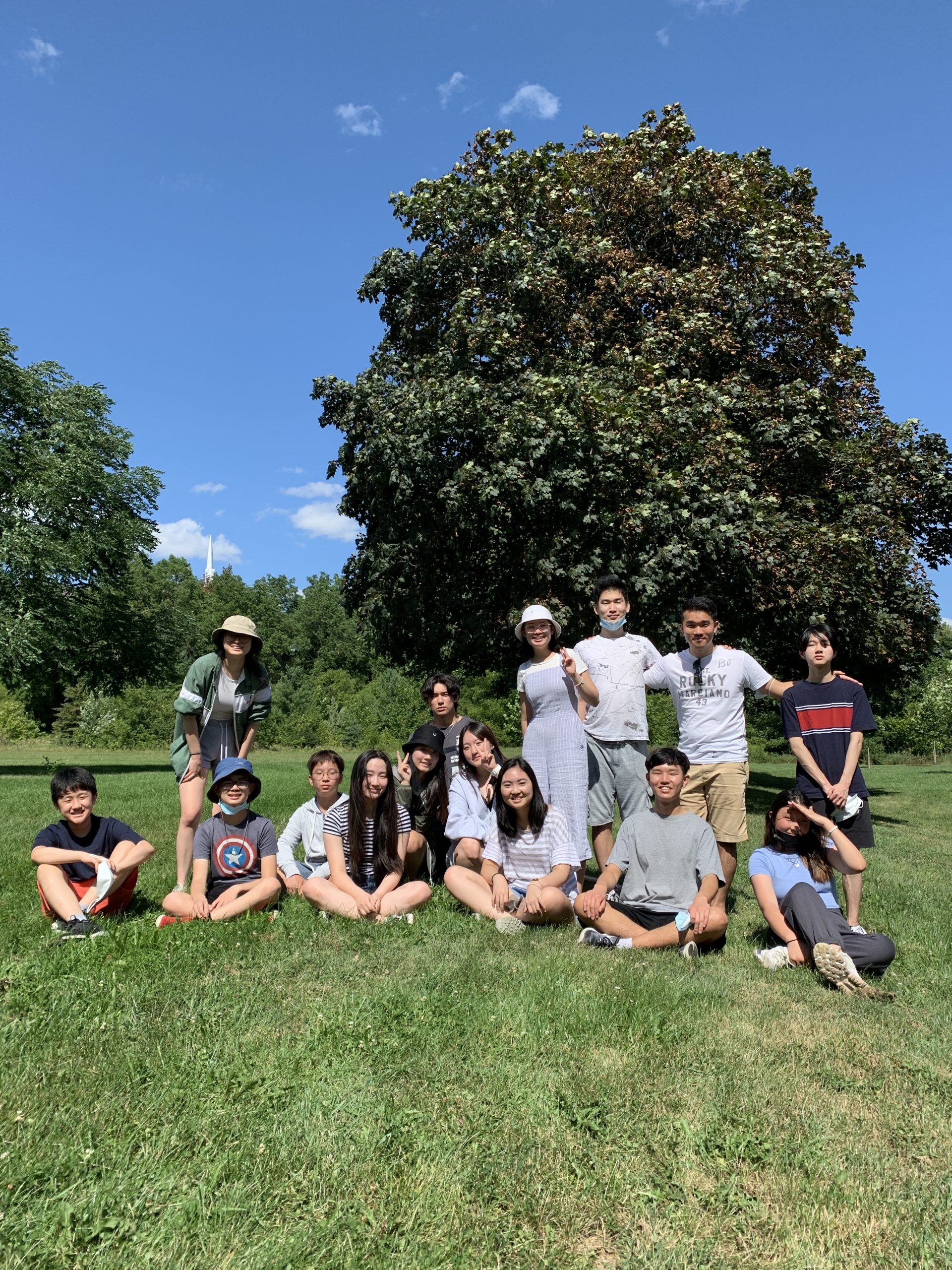 Hello, and welcome to the recap post of the Hi-C picnic written by your wonderful Hi-C senior exec, Kayla Hyunjee Rho. This gathering was not like any of the other gatherings we had these past couple of months because we actually went outside this time! We were able to have a picnic at Glen Agar Park with food being provided for us by Pastor Dave. Luckily, he went high class this time as well and got us subs from Charleys Philly Steaks and not from Subway. 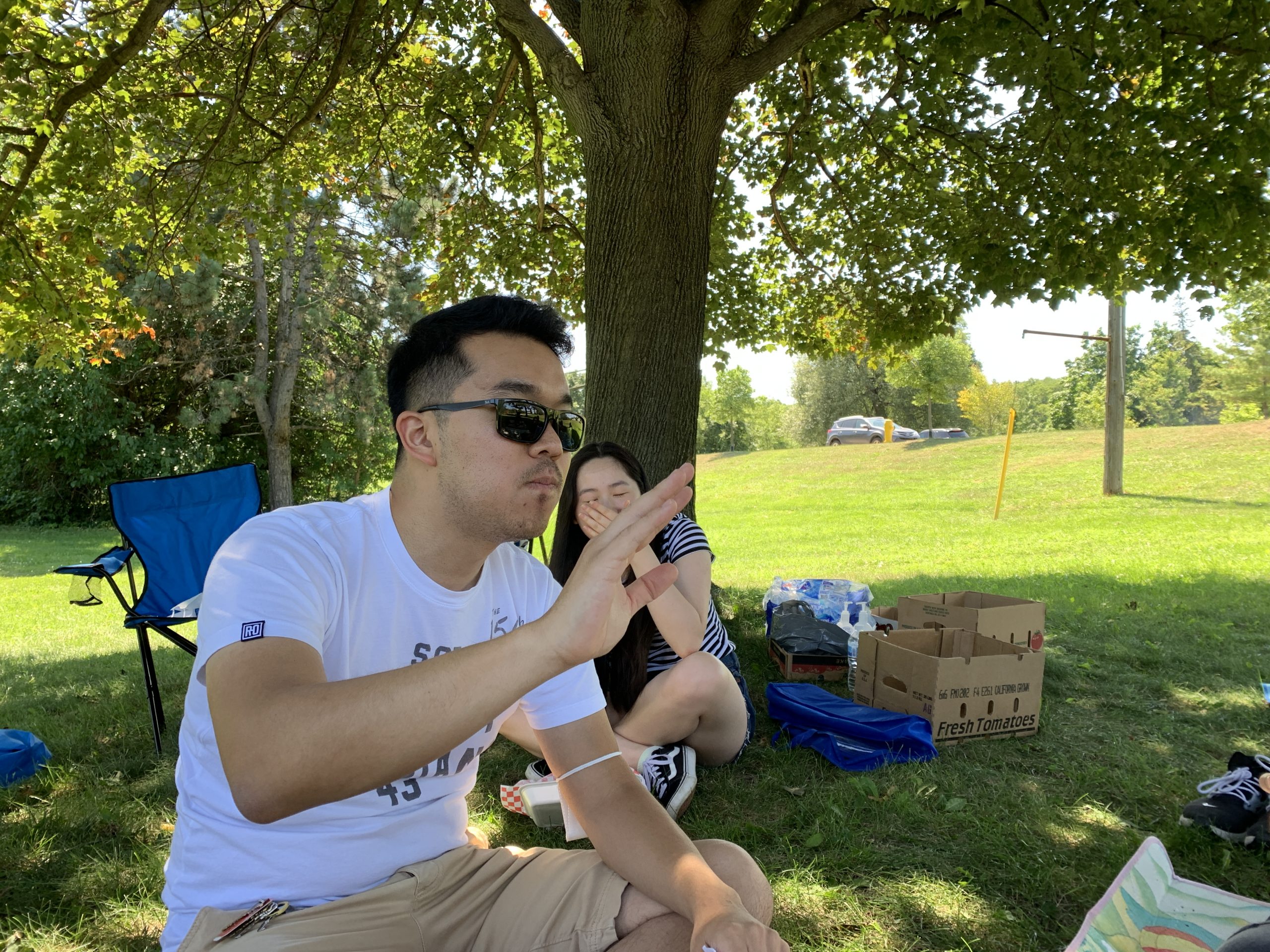 We started off the picnic with Caitlin, one of our execs, welcoming everyone and praying for the food. It was a great time as we were able to have lively conversations while enjoying the delicious subs that also came with fries, because our church had connections with the owner of the restaurant😎, and the fresh air. It was quite enjoyable catching up with everyone there while also trying to keep the napkins from flying off into the fields. 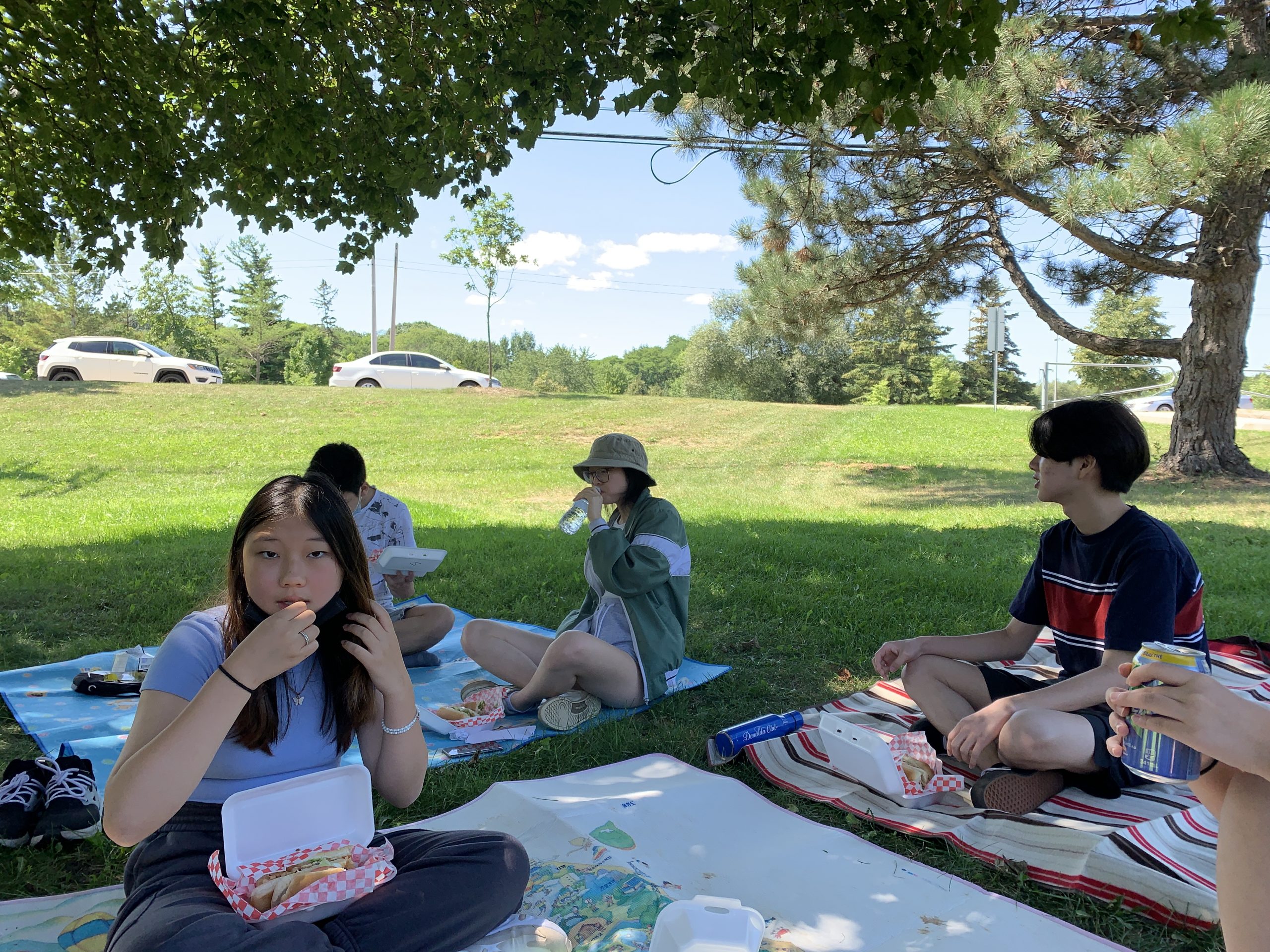 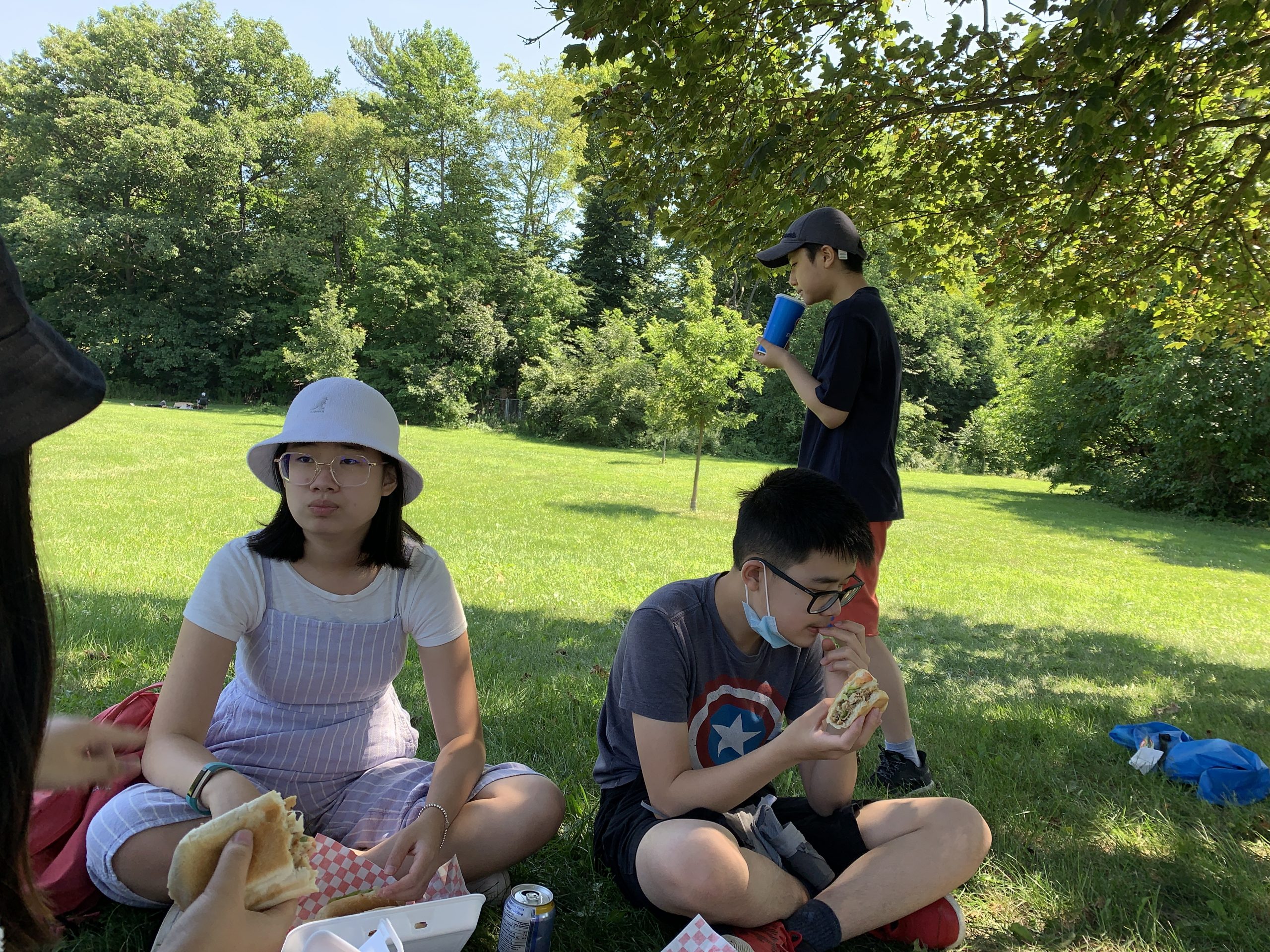 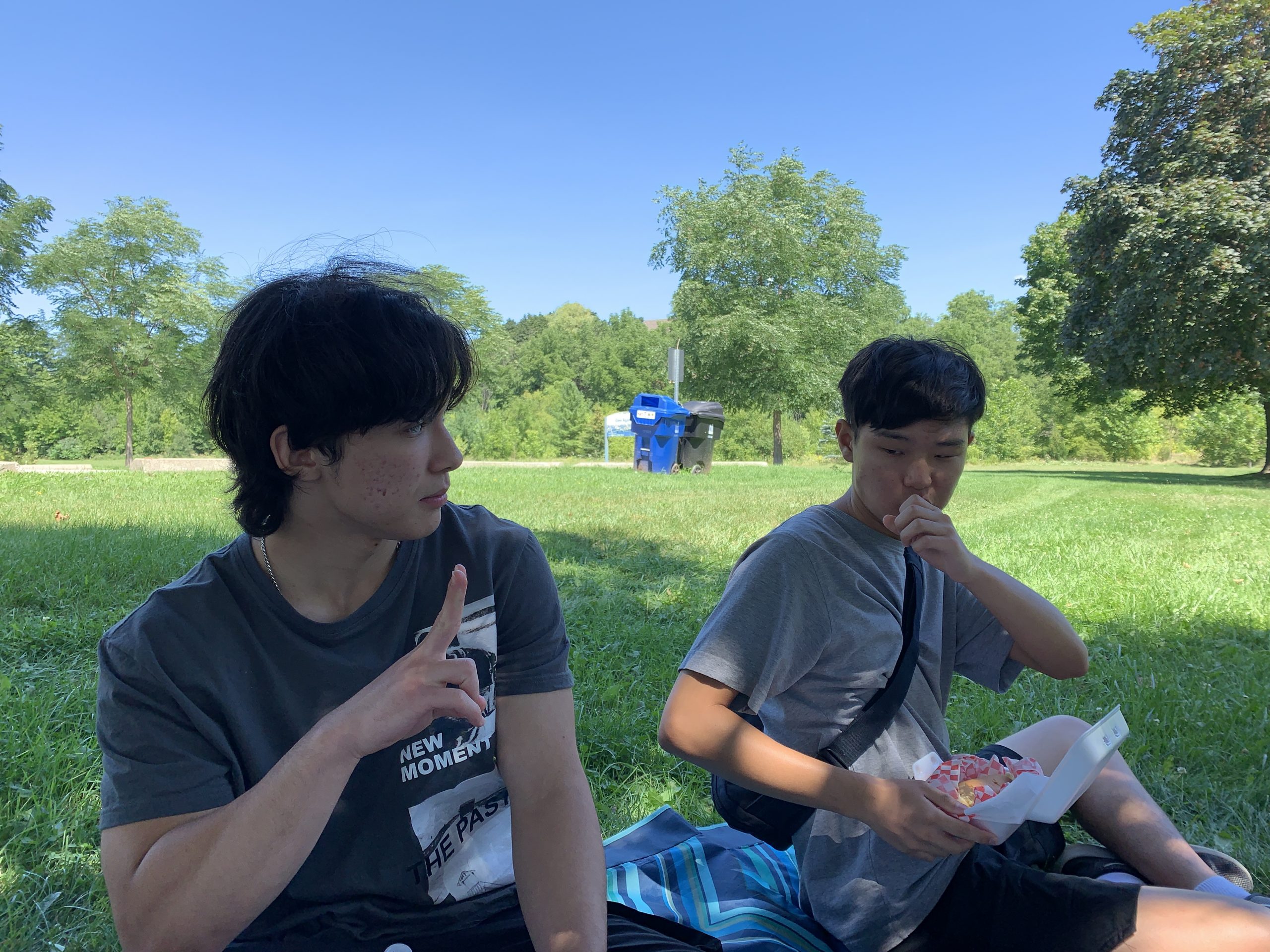 After we had filled up our bodies with energy, it was my time to shine and I lead the group into the game portion of the picnic. I was in charge of leading the game ‘King of the Jungle’, which is a rhythm game that focuses on becoming the ‘King’ to win. This game really stirred up our competitive spirits and ended up with Peter, one of our senior members, winning the game. Quite disappointing, since it wasn’t me, but moving on, our next and final game was led by our other senior exec, Emily. (Unfortunately, there were no pictures taken for this game because Lauren really wanted to win so she didn’t have time to get her camera out). 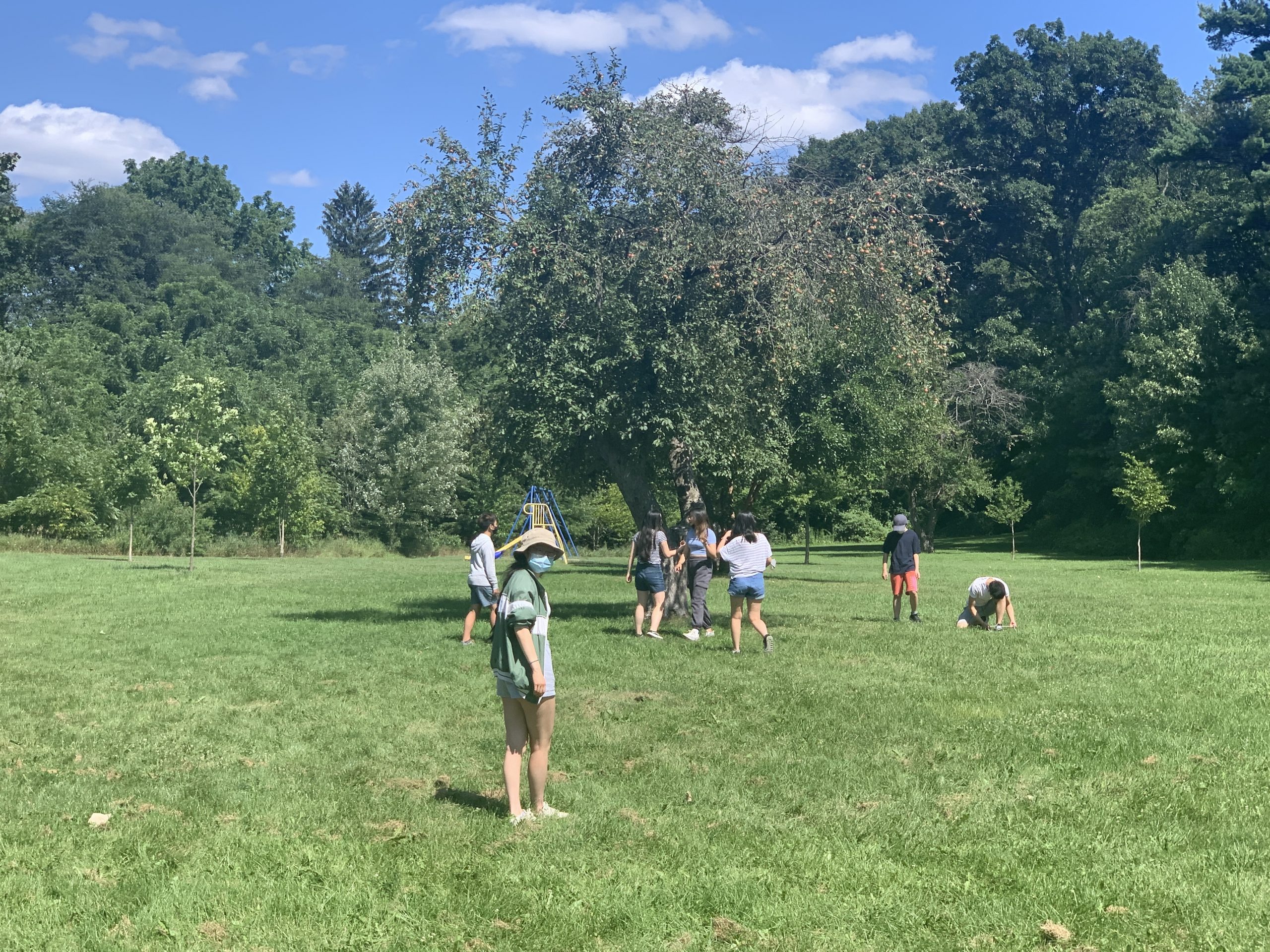 Emily decided that she wanted us to suffer so she led the game ‘Wizards, Giants, Goblins’ which is basically physical rock, paper, scissors. All of us were split into two teams and we had to try to catch people from the other team to bring into our group and the team that has all the players is the winner. It consisted of a lot of running, unlike mine where we sat the whole time, so we were really tired and dehydrated by the end of it. There was quite a bit of falling involved as well since the landscape we were playing on wasn’t the best for running. In any case, it was still a very fun game and it even let us work off the subs we ate.

While the game didn’t exactly finish, some of the parents had already arrived and were watching their children as they were running and sweating, so we decided to call it a day. We ended off the gathering with a group photo, taken by a parent, and waited for everyone’s parents to pick them up. 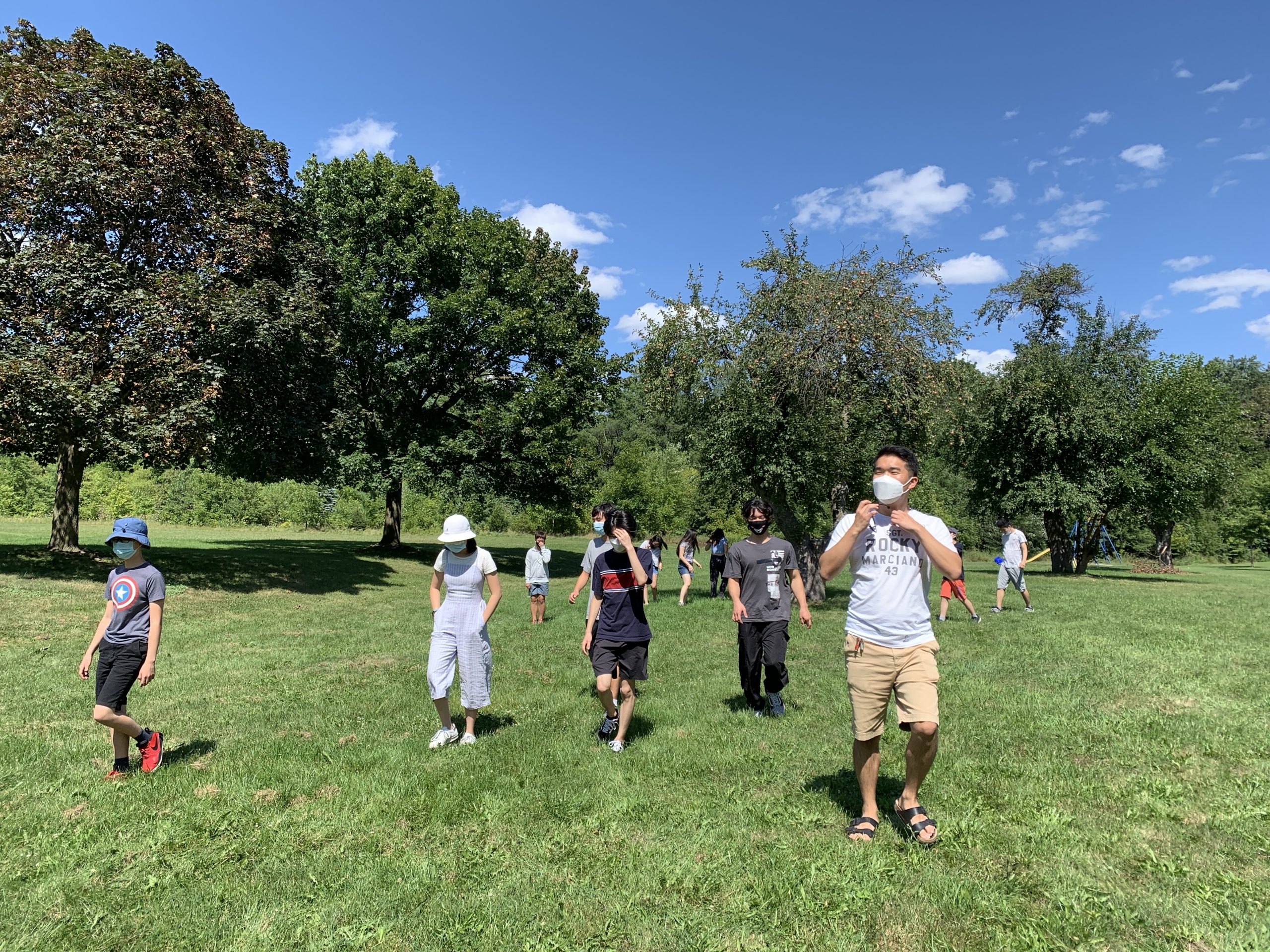 Thank you to everyone who came out to the gathering and special thanks to Charleys subs for providing us with that good food, and to the people who couldn’t come out, we missed you and hopefully, we can see you at the next one. Lastly, I wanna specifically say thanks to the exec team, which includes me, for planning the whole picnic out, to our pastor, Dave, for going that extra mile of delivering that food, and to Lauren who took all the pictures and came out to the gathering even when it was her birthday. I hope everyone had fun and see you again soon!